I love the push-button locks on our cabinets until one day something snapped inside the plastic mechanism. The cabinet was stuck in the locked position and my car keys were in there!  What was I going to do!

I pushed the button repeatedly hoping it would unlock. No luck. I then looked at the inside of another cabinet and realized the lock could be twisted from the outside. With a pair of channel locks, I gently twisted the bezel of the stuck latch about 90 degrees and the cabinet opened! Yay!

I looked at other cabinets around the boat. Some of the latches have screws securing the latch body to the cabinet. If that’s the case and one were to break, well, I'd just sell the boat. So I removed the screws, as you can see in the photo below. The center screw is all you need. 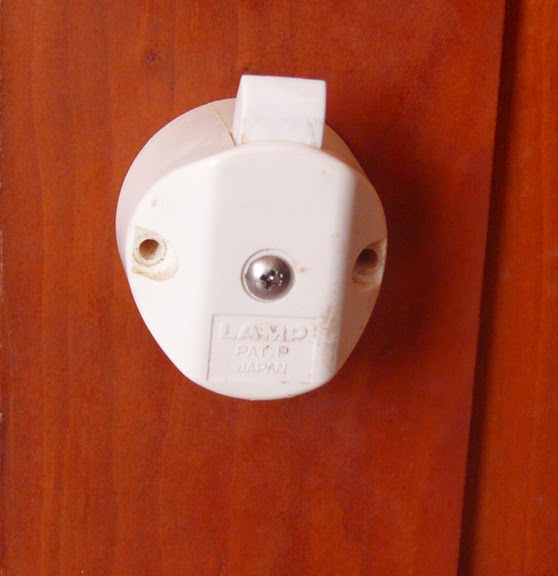 Cabinet latch without screws holding it in place

I researched replacements and found Tartan had nothing to offer, which seemed odd. I found OEM replacements at D.B. Roberts, which sells latches made by Sugatsune. The part numbers are PKL-08/GA (latch in gold) and PKL-S/WT (latch body in white). You might be able to find them on ebay, but they’re over-priced. At dbroberts.com you’ll pay $13 for the former, $3.00 for the latter. You may not need both parts. Of course, you’ll buy extras to justify the shipping, among other reasons. 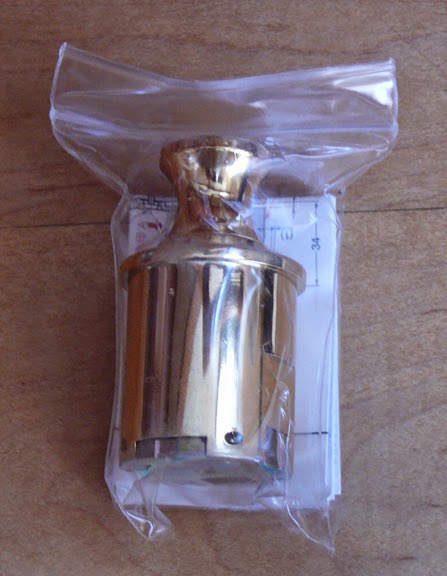 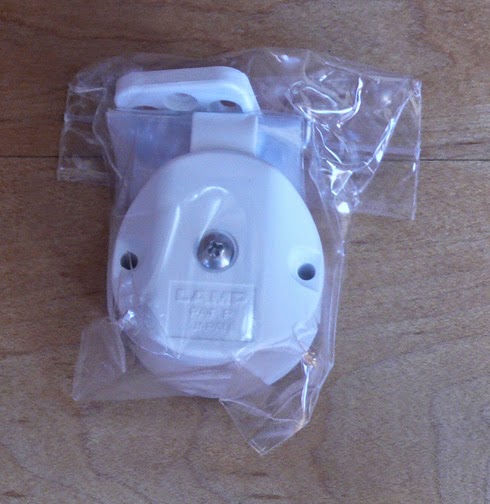 By the way, my car keys weren’t in the cabinet, but the booze was. Now you understand my panic.

Posted by Garry Schaeffer at 4:51 PM